The future of html email in Android land

My current job includes creating HTML email templates. Actually, wrangling HTML email code has been a consistent part of my work over the past seven years.

While reading Campaign Monitor’s future of email predictions I particularly noticed a comment by Alex Williams of Trendline Interactive. He predicts the Gmail team will pull their finger out and finally allow full use of CSS and media query support.

“Yee-har – at last we’ll all be able to make responsive emails!”, I paraphrase.

Other than the increasingly irrelevant Outlook apps on Windows (<4% of our current clients), Gmail and it’s App variants (11% and growing) have been making email coding increasingly inefficient – as most other email clients improve.

He references a very good article: “Gmail, We Need To Talk” by Justin Khoo in TechCrunch about what’s wrong with Gmail.

I do hope he’s right but unfortunately – due in no small part to the very fractured Android landscape I see us in the email dev world having to consider this legacy of poor CSS support in Gmail apps for a while to come.

Gmail – the web app – might update overnight but the same is not true for Gmail apps on Android.

Android OS has always suffered from fragmentation as many vendors lock the system down to the version shipped – or delay updates. Android OEMs are still terrible at updates.

True, a change by Google’s Gmail team would herald a new era in HTML email coding but this bright new future is not going to happen for a while yet. Not as long as we have to deal with any kind of significant Gmail mobile user base. Also, thanks to Gmail image caching we’re also a bit in the dark as to how many Gmail App users versus Webmail users we have.

Note also that as of Lollipop, Android has dropped the older native email app in favour of the responsive design unfriendly Gmail app.

Below you can see a graph from the Android Developer Site to see the current fragmentation in Android OS based on users access to the Google Play Store.

OK when it happens it does happen it’s going to be a good thing. Finally responsive design and less code bloat will be standard. But for the near to  mid-term future, we’ll still be inlining CSS for the benefit of Gmail. Like it’s 1999.

In small teams like the one I work in, keeping-it-simple for all things email is still the only option. 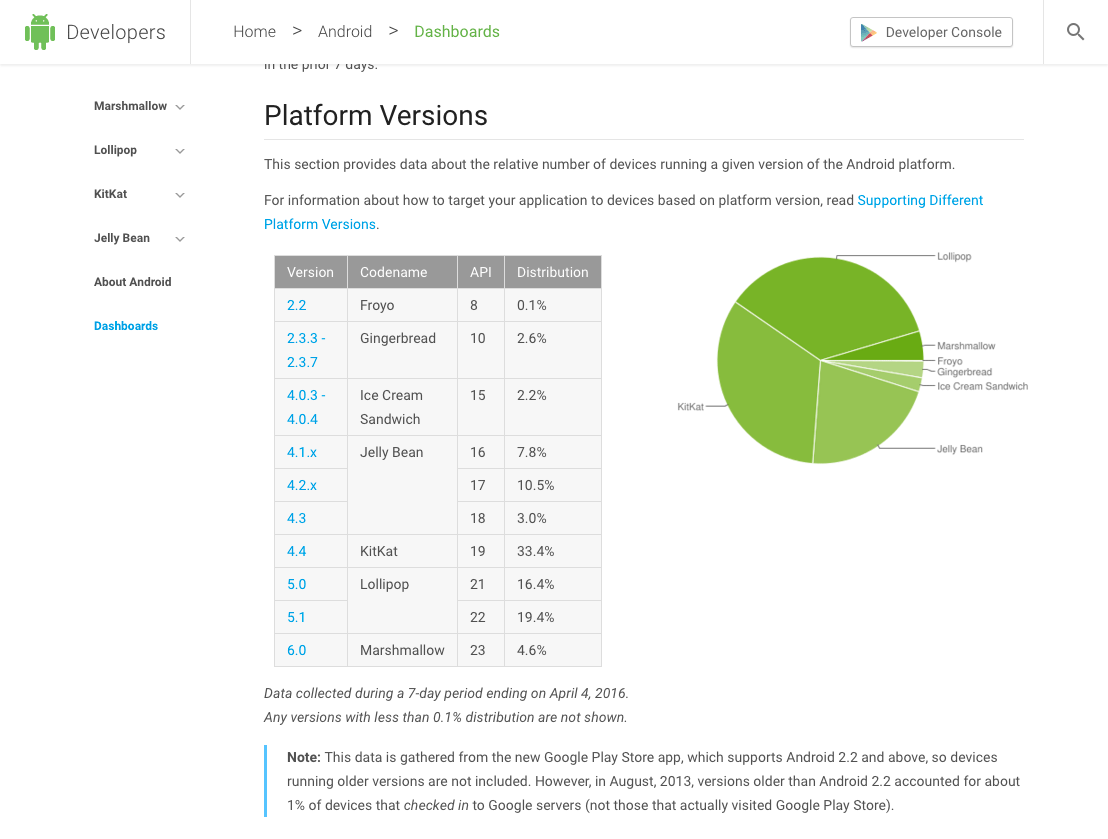 See on the Android Developer site 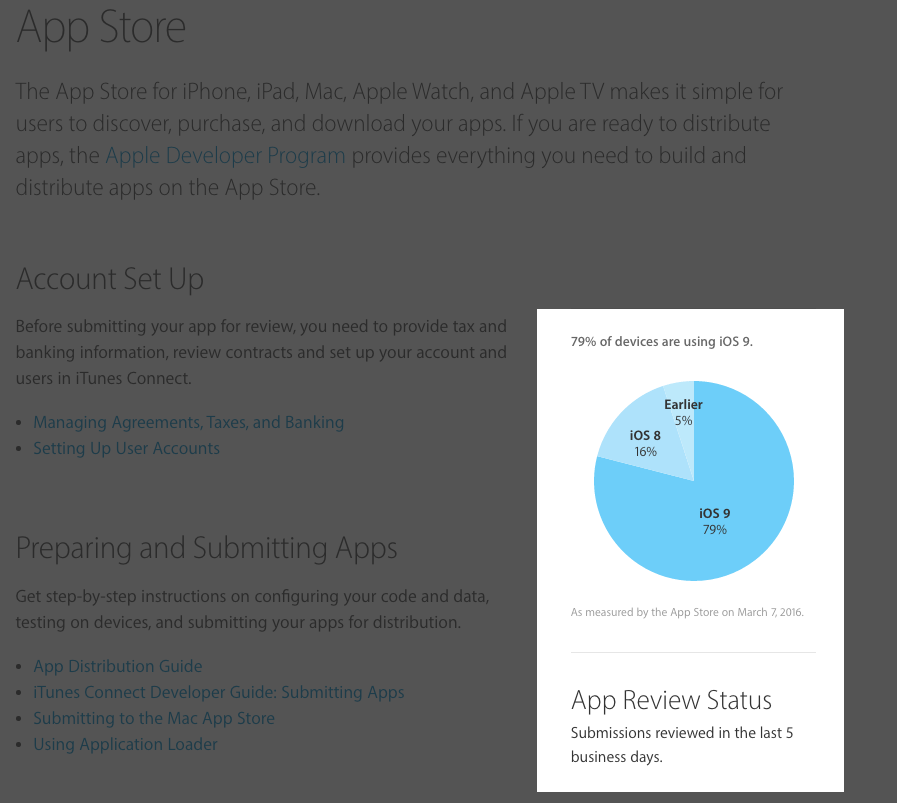 See on the Apple Developer site

Outlook. Uff. Fortunately accounts for about 4% of our clients but it’s a nasty beast. Since when was using a Word Processors ropey HTML rendering engine a good idea?