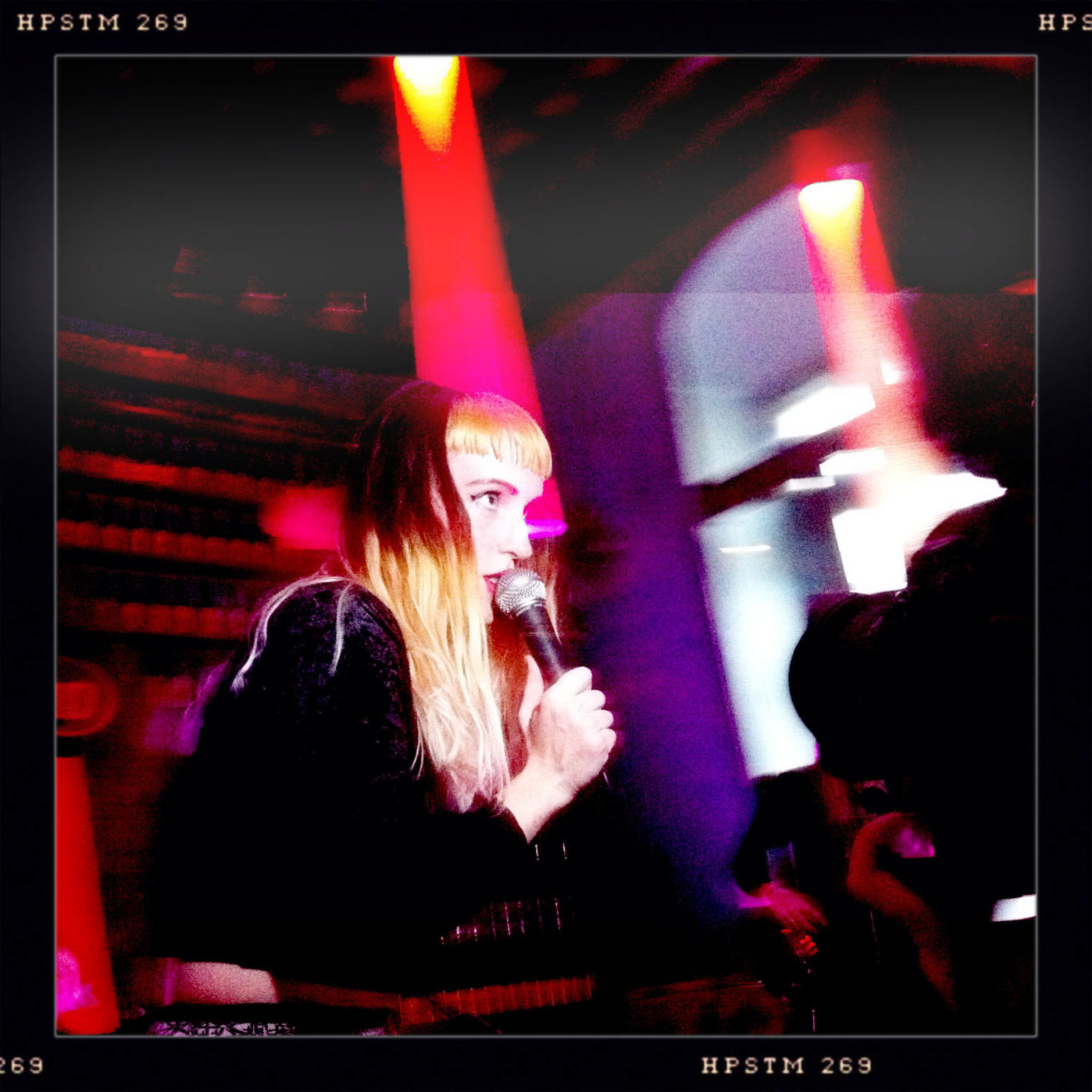 Pony Bravo, magic. I’d heard one or two of their songs on RNE Radio 3 before seeing them. Now a die-hard fan. They performed their lackadaisical trippy meszcla music with great aplomb [you what?]. They’re a kind of contemporary Spanish version of The Clash but fuelled by more psychotropic influences. Fusing indie rock with driving bass, electronica and a touch of Sevilla tradition. (Somehow I can smell the street flamenco in there even if it’s not in the mix.) Songs with social conscience political views like – El Político Neoliberal, Cheney, Eurovegas, Zambra de Guantánamo, hustle satire with songs like Turista ven a Sevilla, Mi DNI and hedonistic fables like Noche de Setas or La Rave de Dios.

That and then they all go and swap instruments halfway through. A Class Act.

Graham Walsh of Holy Fuck in the zone

Stage crasher having a blast at the Holy Fuck concert, Monkey Week

Highlight of the Friday night in the Jägermeister Rooms. Holy Fuck. Funky electronica off random old analogue kit. Brian Borcherdt looped stuff on a Moviola film synchronizer. How did he do that? Here’s a video of theirs with cats: Red Lights. Holy Fuck.