1. Find year/month in yyyy-mm format at the beginning of a filename:

2. Use brackets to group the filenames into separate chunks for renaming:

Each pair of brackets creates a new numbered “backreference” that you can use in the new name.  Here’s a really simple example…

Above we’ve set three groups using three pairs of brackets. The first group becomes  $1, the second $2… you get the picture. Obviously this isn’t so useful as it’s so specific it would only work on one file. For this to work on many files you’d use a wildcard ‘(.*)‘ in the find box as below…

3. Split file name at a marker (remove all characters before a set unique/special character)

Example – have to supply images to devs named only by numerical ID (don’t ask) but want to keep a descriptive name on the PSD.

NB this only works if the separating character (#) that splits the two parts of the name only ever appears as the separator.

Saved for web as “My-nice-name#12345.jpg” then run through Bridge renaming with the following RegEx setup: 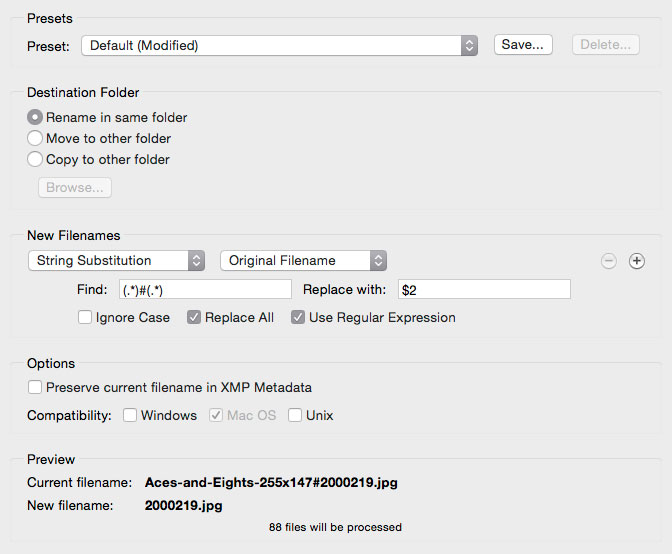